The Shoot The Bull Thread

stepped out today and got hit hard in da chest by the humidity all I got done was pick up stuff in the back in prep of mowing and I hadda peel a shirt off when I came back in. We have a big dehumidifier running and I done emptied it twice today. Yall bare with me its my time to bitch bout the weather. Soon I will be woo hooing when I can dig out a flannel short

Today marks the fifth record heat day in a row and several other very uncomfortable records to boot like hottest this late in the season I sure hope fall falls all over me its hard to take.

Good news on the heat record today will NOT be the 6th hottest day record.
predicted to only goet to 95 today it will fall 1 degree short ending the 5 day streak of record temps it's aint much to get excited over but 1 degree in the right direction

Yes it's hot here also. My nephew and I just finished a 14 mile hike on the trail into Damascus Virginia. Sweat all the way. I'm beat. 7.5 hours on the trail.

Sounds like a great hike though and after that a beer is even better. I am just as beat from sitting in my computer chair all day. Been working hard getting our manuscript ready to epublish. It is really hard to make it compatible with all e retailers. I spent most of the day creating a hyper linked table of contents that will transport a reader from the listed chapters to that part of the book.By the time I got all 39 chapters done I felt wooped as if I was on that hike with yall

No relief in sight the predicted front aint gona make it all the way down here oh well no back yard fire pit........yet

The nights here in the mid-Atlantic are finally cooling off, along with mostly lower humidity. I'm hoping - hoping - we don't get that last spike in heat like we usually see around now. I am DONE with Summer - time to start camping! I started a Fall camping list a few weeks ago and that's now turned into five camping lists, each depending on combinations of weather and group size. The third week in October isn't coming soon enough!

I hate sitting in front of a computer for to long. I used to be couped up in a class room at work, when I was in their apprenticeship program, doing cnc programming and autocad and stuff I hated being in there, I'd much prefered being on shop floor.

September here is a bad month for camping. It's usually dry and hotter than july. I was hoping it was cooler where we camped, but it wasn't much. The highest part of the AT we hiked was only around 3,100 feet. Wasn't much breeze either, man we sure stank when we got back.

We are thinking of doing a couple nights hiking and camping on the trail next year. There were plenty of places to camp on the stretch we did. We passed one feller at the shelter. He said he was New Hampshire, and he was going as far as he could. He set his pack down and headed off down the water trail, so we placed a little Debbie cookie on top of his pack and went our way. I hope he wasn't a diabetic.

Roybrew said:
...man we sure stank when we got back.
Click to expand...

Best cure I've found for camping ass when there's no running water available is to use Big Wet Ones. Sold in pack of 28 at Walmart. I see that their description says 24, the package says 28. Might have to actually count the next pack I open. Either way, they work very well to keep things good.
https://www.walmart.com/ip/Wet-Ones-Big-Ones-Antibacterial-Hand-Wipes-Travel-Pack-24-Count/16401581

All day at the computer again but finally got our book pending distribution very nerve racking process. When I first submitted it kicked back 4 times with minor errors. But it is finally pending........now for the waiting game. I sure deserve a beer after this.

Finally it's getting cold here in New England after the HOT summer. Can't wait to go for a hike this weekend!

Arla said:
Finally it's getting cold here in New England after the HOT summer. Can't wait to go for a hike this weekend!
Click to expand...

Amen to that! Unless the weather takes a really bad turn for the worse, I'm taking an early day Friday and doing a quick solo trip for a couple of days.

when it wasn't raining it was like a sauna out was gonna mow but it was so wet and humid ya could se steam rising from the asphalt I cant wait for the first cool front.

Anyone know when fall is scheduled to show up? Would like to take the kids camping.

jason said:
Anyone know when fall is scheduled to show up? Would like to take the kids camping.
Click to expand...

Fall came here two days ago. Winter is scheduled for this weekend.

finally on the mend after getting hit by flu. been a tough 4 or 5 days but today I feel lil better.
Just in time too looking for wards to the week end I still aint 100% but hope to get that way soon.

Ha! Fall is here! It has finally cooled off to low 60s during the day, and possibly upper 30s to low 40s next couple of nights. Of course my vacation time has been exhausted for the rest of the year, sucks. Cough, Cough hmm not feeling well. Maybe lay out of work a few days.

Tell da boss ya caught da flu from me

Fall is making a feble attempt the air is dry and temp low 80's but the ground and area is still damp from all the rain so it's kinda weird out the humidity low down is high as it rises and the air is dry and breezy its kinda like wading through the yard its nice head high but waiste down its still sticky and knees down ya pants gets wet and clinging. The humidity is in layers. If the yard and wood pile finally dry it will be fire pit time maybe this evening if it dries I sure hope so.

It might have hit 70 degrees today. Mowed my yard then mowed my parents yard. Got cleaned up and went to the local High School for a powder puff girls football game and a bonfire afterwards. My wife substitutes there, and I hate to admit it, but we graduated from there in 83. Them high school girls played some rough football. 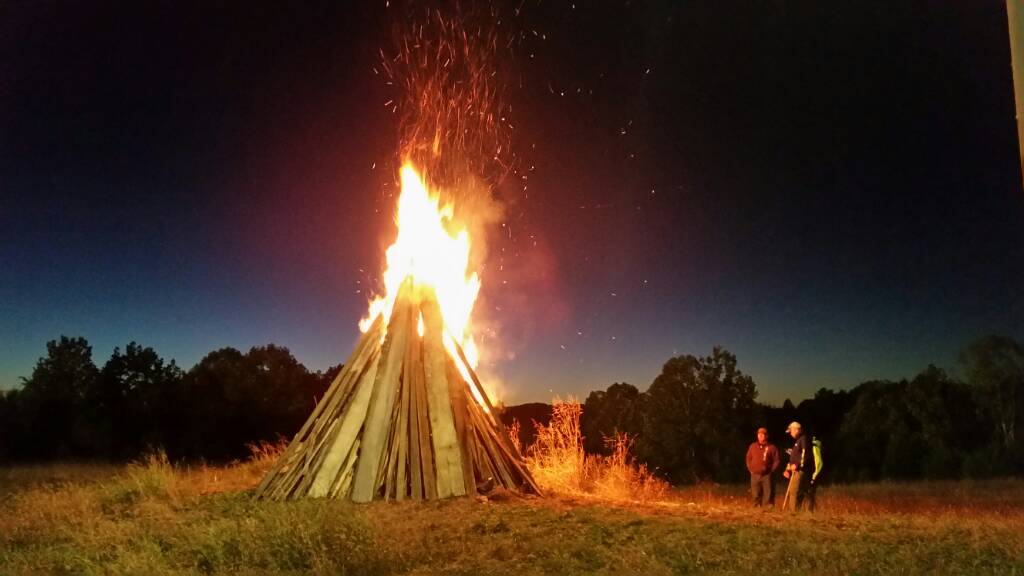 My wife made me promise that I wouldn't run up there and grab a few of them boards, said it would be embarrassing if I did. Seem a waste to burn some of those nice boards. 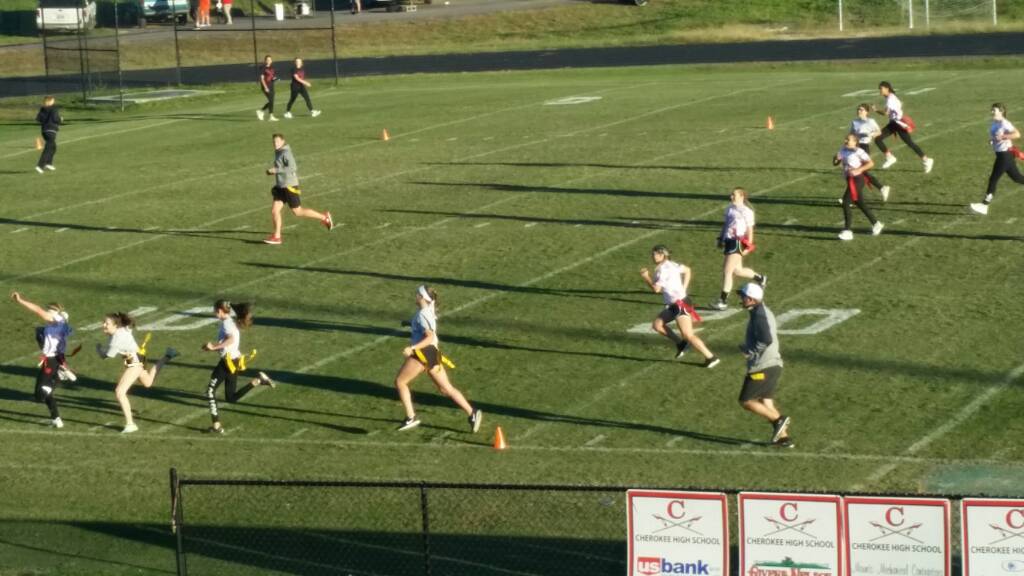